“I want to wake up in a city that never sleeps…” – Frank Sinatra sang for first time in 1977. By so many years New York remains the city everyone wants to visit. This mega polis still impresses people of diverse nationalities and still has a magnetic force.

Why is New York so impressive? It even has no fascinating architecture or ancient remains; it is just a modern mega polis. New York has its individuality. Nobody is able to explain why exactly love this city, but he/she just loves it sincerely.

Manhattan is the most 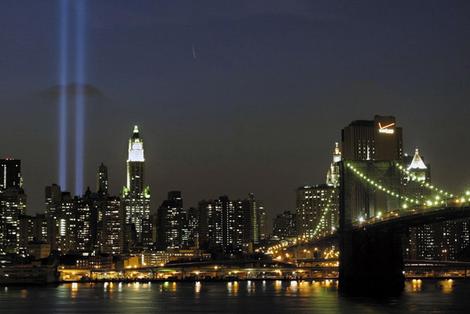 luxurious part of New York. There are the most expensive restaurants, hotels, shops in Manhattan. The dynamic of this neighbourhood defines NY as one of the busiest cities globally. The Empire State Building – the highest building in New York, is situated in Manhattan and many others skyscrapers as well. The currently not existing World Trade Centre was part of these neighborhood buildings, but after the terrorist attack on 11 of September, 2001, it was totally destroyed. In 2013 we expect the new World Trade Centre to be built in the place of the old one.

Central Park in Manhattan is the next most renowned place in New York. There are so many movies that show us its orderliness and amazing nature. It is a good architectural decision to create a small natural “oasis” within the skyscrapers.

Time Square is one of the worldwide famous landmarks in Manhattan. All we know Time square from the hundreds of American movies we have watched. Actually, Time Square is the street with hundreds of lights, widescreens and advertisements. There are Broadway and 7th Avenue.

The Statue of Liberty is the symbol of the U.S. and New York. Each tourist should see it. This statue has its special meaning. The “American dream”, the democracy and the liberty are typical features of the American culture and conception of the world. They highlight the cult to personality. However, may be it is impossible for you to visit the U.S. and not seeing the Statue of Liberty.

New York is one of the cities that each person dreams on visiting. Do not allow to the obstacles such as expensive plane tickets, a long distance, less free time, etc. to force you refrain from the wonderful adventure of visiting the city that never sleeps.

Las Vegas with its unique character →